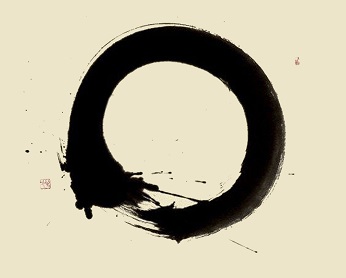 I often write about various levels of psychological-transpersonal identity development here on the Blog, trying to point out that there really is an identity development happening in my (our?) existence and that Authenticity itself is but a stage and a level of human consciousness. One can indeed go ahead and more progress could to be realized, as I hope becomes clear in the text below.

So, here I offer an excerpt from my upcoming book on Vedanta and Buddhist teachings in the light of transpersonal awakening, titled After anatta:

“The Wilber map at a glance

…Wilber map will play an important role in this book so let us take a closer look at the subject.

We can’t avoid mentioning AQAL when we speak about Wilber map. The acronym AQAL stands for ‘All quadrants, all levels’. See Appendix for full chart and for the list of suggested reading, please.

As far as I am concerned, these levels or stages are as real as you and me; they are not some half-cooked concepts but living facts of life, which can be observed by anyone interested enough in deeper understanding of human conscious psychological-transpersonal (spiritual) identity development. It is good to know what each of these levels covers, offers and, in a way, demands. In my case, the map has helped me a lot, both in my personal life as well as in my professional one. Knowing these stages adds to clarity and understanding of my own life and that of others. Thank you dear Ken!

Let us then take a quick glance at the identity development of, say, young and lovely Jane. She is tall, lovely, attractive, has blue eyes and blond hear, of course.

Mental Ego / Instrumental level
On this level, just barely coming out of the dysfunctional family environment, Jane has thrown her heart far out into the social arena, so to speak. She has identified with social structures almost completely; Jane uses her own talents only as tools for succeeding in the outer world. She is following social/political/religious/educational guidelines without questioning their face value. There is almost no authenticity – only devotion to rules and structures that were written by others.

This level is the level of trying to blend in and playing the game of others without even bothering to question one’s own inner motives. Playing the roles, she uses her own feelings as an instrument for gaining recognition, love and respect from others (which she is never ever really satisfied with, of course). She has got virtually no inner freedom, no freedom of choice; ‘I must’ and ‘I must not’ dictates her life.
Keywords: ignorance, alienation from inner needs, blaming others, devotion to outside rules and structures, playing roles.

Transition to the Centaur level: Jane still has to deal with her Shadow (to use a Jungian term), and she had better deal with it using a structured down-to-earth approach. To clear up the Shadow, she has to, well, clear up the Shadow; the transpersonal insights are not really needed at this point. One of the easiest ways to complete this challenge is humanistic and transpersonal psychotherapy (psychoanalysis and psychiatric pills won’t cut it, not even by far, in my opinion).

Centaur / Authentic level
This is the level of responsibility. At this level, our golden haired Jane has awakened from following some structures alien to her own heart and is starting to use her own talents, well, for herself. Slowly but surely she is becoming a person (as Rogers put it), individualized and self-actualized. She has fought hard to free herself from social, religious and political dogmas; she is joyful and happy about her own victories in life. She is creating her own life (according to her, of course), responsibly and independently of others. She is well aware of her inner needs and can employ various strategies to meet those needs, easily. Eventually, she will be self-actualized.
In these years she distances herself from certain friends, especially from Mary and John, who are both highly educated (both are PhDs, in sociology and economics, respectively). Mary and John simply don’t get it what on earth has happened to Jane and why she avoids intellectual discussions, fancy dinners and company of other immensities from academia. Jane of course, has seen through the Mental Ego structures and is bored in the company of individuals who don’t even express their own feelings, not to speak of really connecting with feelings and needs of others. She is becoming free, truly free from any kind of dogmatic conditioning.
Keywords: responsibility, authenticity, I create my world, independence, I and mine.

Transition to Subtle level: Jane will have to dig deeper, much deeper. Group support and reliable guidance is crucial here, it seems. Rituals, spiritual symbolism, initiations are welcome. First transpersonal insights are most needed at this point.

Subtle level
At this level Jane has realized that her own Authentic Ego or Self has been forcing her to mostly work hard, to fight and to win. She is older now, in her forties but still very pretty and attractive, happy and satisfied in daily life. She is not really at peace, however, for she wants more; she feels that there is more to her existence than authentic feelings and hard won battles in material life. And she is right. First truly transpersonal experiences dawn on her, she realizes that she is spiritual being, a Soul. She loves rituals that are directed to non-material spheres of existence. She joins in the local Tantric group where she learns all about lower and higher Subtle level, demons, angels, archangels, goddesses and how to evoke and invoke them. She enjoys individual rituals and also group work.
Keywords: surrender, love, inner peace, rituals, heartfelt compassion.

Transition to the Causal: Jane will need to open up even more and leave all the colorful manifestations of the Divine behind. Meditation, on the formless One, is of one the ways here.

Causal level
Jane has had more than one cup of celestial love, drinking it with angels, archangels, gods and goddesses and she is ready to move on to formless Divinity. She experiences her own Soul as the Source of everything. She identifies herself with the “I am presence”, with God/Goddess Him/Herself. There is no one at this level, only the One; and Jane is at one with Him/Her.
Keywords: freedom, detachment, clarity of perception.

Nondual
Jane is ready to move on. She realizes that all along her path, she has been climbing up a ladder never noticing that everything that has been and is still happening to her, well, has been and still is……nothing at all. Everything is as it should be, and she realizes that it has always been like that, with no center whatsoever.
Keywords: no center, no here and now, no agency, no God, emptiness.

Transition to everyday life: Jane will have to be very clear about the most abstract Buddhist concepts, i.e. anatta, dependent origination, total exertion, two fold sunyata, to name a few…”